One afternoon, a mysterious envelope arrived for Year 4. Inside, we found a message from Mr Brown. 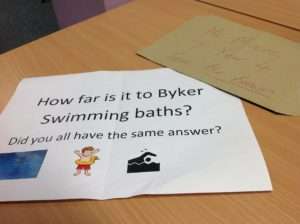 We began by estimating how far we thought it was to the baths – some of our estimates were in units of time, others were in units of distance. We ranged from 1 minute to 10 minutes, and 10 metres to 6.7km! We decided that it would be more fair to measure distance than time because different people walk at different speeds, while distances are always the same.

Then we decided how we were going to measure the distance – we talked about using rulers, tape measures and metre sticks, but finally decided we would use this clickwheel (also called a hodomoter or a surveyor’s wheel), which would measure our walk to the baths in metres. 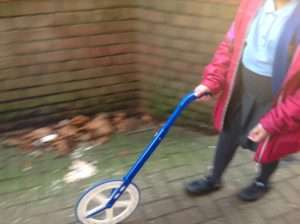 We had a lot of fun using the clickwheel to measure the distance from the baths on our way there and our way back to school. 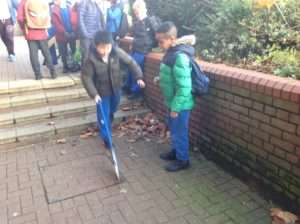 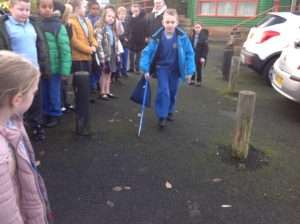 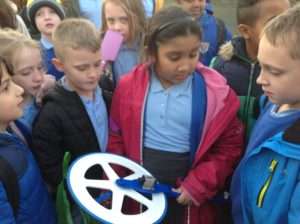 But we found we had slightly different measurements for the two trips – 356.5m and 298m. 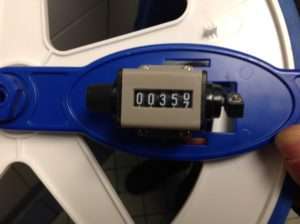 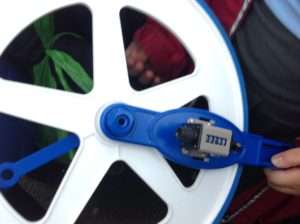 When we got back to class we worked out that the different measurements were because we take very slightly different routes going to and from swimming, and also possibly because we were changing wheelers on the way back to school. This meant that we could give Mr Brown not one, but two answers to his question, and suggest some ways in which we could measure more accurately next time!

← The Linking Project in Year 2
Fractions Carousel in Year 3 →