Year 4 took part in the  Catholic School’s Skipping Competition in St Mary’s High School on Wednesday the 2nd of May 2018. The children had been rehearsing for this day since February and put a lot of hard work and effort into their routines. Some children were nervous on Wednesday morning  but a majority of the class were really excited to show off the new skills that they had learned. The competition began with individual skippers showing their skills and then moved on to team skippers. We finished the event with a skip dance (which Y4 perfected). Even though St Lawrence’s didn’t win, we achieved numerous certificates ranging from bronze to gold. Miss McGinty, Mrs Hamilton and Mr Davison were extremely proud of all the children. Well done! 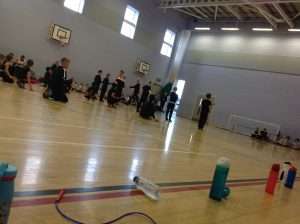 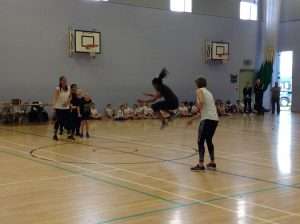