As part of Year 5’s music curriculum this term, we have been focusing on the work of Lin-Manuel Miranda, in particular his use of Hip Hop and Latin music, in his musicals Hamilton and In the Heights. Mr O visited us to help us explore the genres further through various iPad apps.

We began by using Garage Band to learn more about the instruments commonly found in the Hip Hop and Latin genres.  First, we focused on hip hop.  Mr O introduced us to an app called DMI, which is a powerful drum machine.  We learnt that Hip Hop has a strong, structured percussion beat, with a snare sounding at the second and fourth beat.  We created our own individual sequences, shared them with the class and voted for our favourite.

Then we moved onto Latin using garage band to listen to samples of sounds and mix them together.  Our job was to add four samples together to create a Latin beat, which the class voted on again and chose their favourite.  Both our Hip Hop and Latin sounds were mixed together to create our soundtrack.

Now it was time to create the lyrics! We started by each coming up with two lines for our rap and used this to build our class rap.  We practised with the class, recorded it with the mic and created the final product! We had a great day, thank you Mr O! 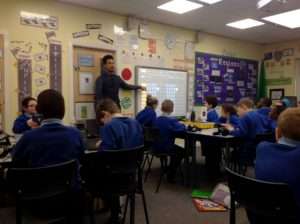 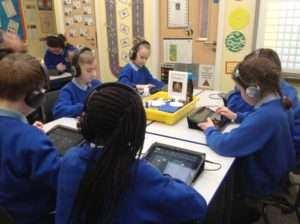 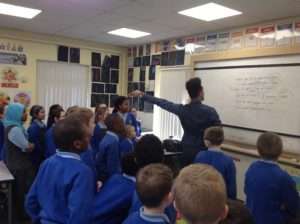 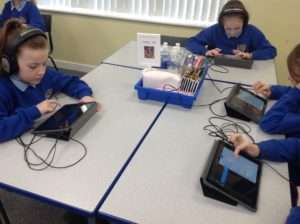 One Response to A visit from Mr O!