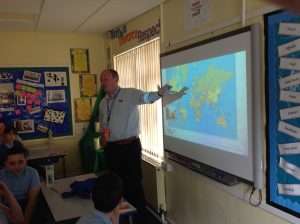 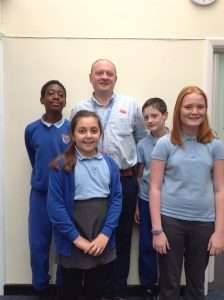 Year 6 had a fantastic afternoon learning all about engineering and what it is like as a career.

Steven Burgess, Engineering Leader of Walker-based Baker Hughes, explained to the children how his career had developed and the opportunities there were within engineering to travel the world.   He explained how through hard work and determination he had completed his apprenticeship as a draughtsman and then a degree.

He then showed the children the different jobs he had worked on, including the famous Tyneside-based Bonga project, before showing the countries his work had taken him, which included Brazil, USA, Angola and Australia.

The children were really interested and many showed a real interest in engineering as a potential career.