At the beginning of the lesson we voted on the question ‘which character is more evil – Macbeth or Lady Macbeth?’  The first vote was 18 for Macbeth and 10 for Lady Macbeth. We had a secret ballot to ensure people were voting individually.

We then split into groups came up with the reasons we voted the way we did.  We matched them up with debating vocabulary such as ‘It is fair to say…’ and ‘No one can argue that …’

We came back together and discussed our reasons for and against.  We were only allowed to interrupt the speaker if we were chosen by the chairman. 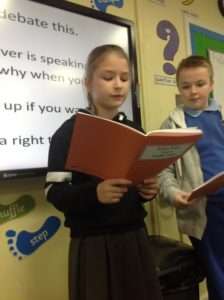 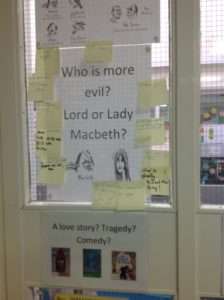 We then had a final vote.  The tally remained the same but some people had changed their minds!

3 Responses to The evil of Macbeth!