As part of our WW2 topic, Year 6 have been researching the life of Winston Churchill. 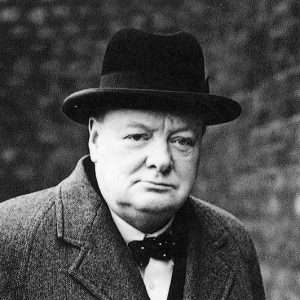 We listened to some of his many rousing speeches – they kept the spirits of our nation high during the darkest of days.

In his first speech as Prime Minister he said “I have nothing to offer but blood, toil, tears, and sweat.”   In a speech about fighting the Germans he said “We shall fight in the fields and in the streets, we shall fight in the hills; we shall never surrender.”   When talking about the RAF during the Battle of Britain he said “Never in the field of human conflict was so much owed by so many to so few.”

After researching his life, we wrote our own biographies. 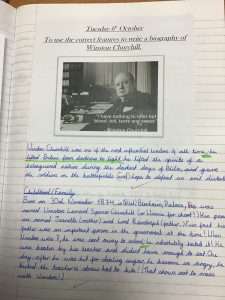 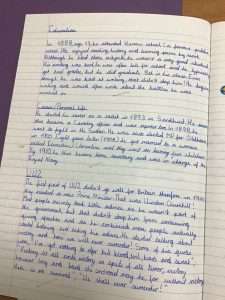 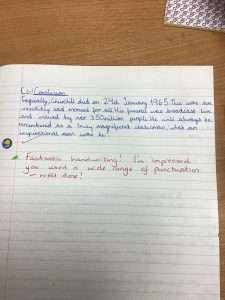 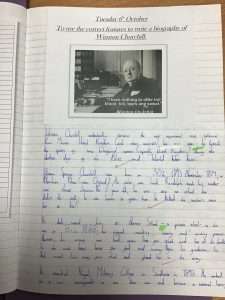 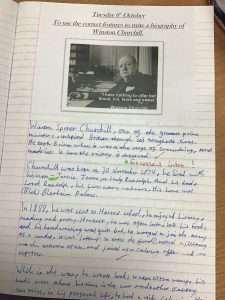 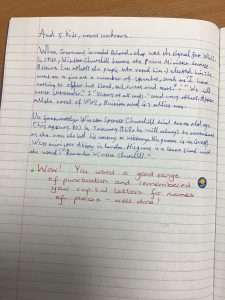